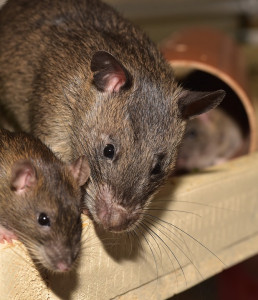 The 186,000 reported rat and mice sightings equated to some 100 per day throughout the capital. The densely populated Tower Hamlets, in East London, experienced the highest number of rodent complaints of all 32 boroughs with 30,000 recorded sightings; at an average of 16 per day this accounted for 16% of the overall total. This is quite remarkable when one considers that Havering, the borough with the lowest number of sightings at less than 35, is situated in the east and not so far from Tower Hamlets.

Number two on the list, the borough of Brent in north west London, recorded a full 10,000 fewer sightings than Tower Hamlets with nearly 20,000 (just under 11% of the overall total) followed by another north west London borough, Camden, at just over 13,500 – around 7% of the total reported rodent sightings.

The report, entitled ‘Rat Land,’ was compiled by Conservative London Assembly member Susan Hall who had become concerned at the seeming increase in the capital’s rodent problem.

London-based pest control experts contributed to the report and found that the vast sewer system, a tendency for excess rubbish to be left on the street, and the general increasing density of population is causing the rise in numbers of rats and other rodents.

While many parts of London are experiencing rises and higher densities of population so providing potential for increases in rodent and other pest issues, Tower Hamlets is firmly in the top bracket of overcrowded areas so making it particularly susceptible to rat and mice infestations.

Indeed, Tower Hamlets was found to have the highest number of general pest infestations such as bed bugs and cockroaches along with rodents in a survey of 390 local authorities conducted by the British Pest Control Association (BPCA) in 2012.

Reducing the number of rats and other rodents populating Tower Hamlets and other London boroughs is not an overnight solution; if anything one of the chief causes – overcrowding – could continue as increasing levels of building work takes place in the quest to create more accommodation for a growing population.

There again, measures such as drain cleaning and stepping up general street cleanliness to inhibit rat population growth are seen as important measures. Areas with poor drainage are vulnerable to rat infestations, and with the capital’s drainage system usually stretched to capacity regular maintenance is essential.

Another key step is in encouraging people to be more careful with rubbish storage and disposal – especially food. Pests such as rats are attracted to areas where food can be found, so local authorities are particularly keen to monitor the practices of restaurants and fast food outlets in the way they handle their food waste.

Other measures mooted include public awareness campaigns, reconsidering the frequency of bin collections, and monitoring the numbers of rodent sightings by individual boroughs on a regular basis such as annually.