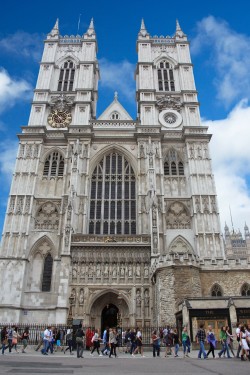 What Lies Beneath – A Surprising Find Underneath The Loos

Archaeologists made an interesting discovery during some drain maintenance in London in preparation for the construction of a new tower at Westminster Abbey.

During the removal of a 1950s toilet block, over fifty individual skeletons were unearthed, sparking a flurry of activity by archaeologists and historians.

Who did these skeletons belong to?

It’s very likely that the newly discovered remains are part of the senior clergy.

When were they buried?

The bones have been found packed and stacked, in dense piles underneath Victorian drainage pipes. However, they are much older than Victorian times, with archaeologists reckoning that the bones have been in situ since the late 11th Century or the early part of the 12th Century. Interestingly, archaeologists have also suggested that these bones would have actually been reburied in the former 13th Century mason’s yard, when the new Abbey was commissioned by King Henry III.

Are there any interesting features on the skeletons?

Pickaxe marks have been found in the skulls of some of the skeletons. This is likely to be due to the 13th Century workmen, who demolished another church, Edward the Confessor’s church, to make way for the building of the great new Abbey.

One of the surprising features of the find was that of a man’s skeleton, which was found buried in a luxury coffin made from Barnack stone from Northamptonshire. The skeleton was missing its skull, prompting a theory that Victorian contractors, once they realised the coffin would have belonged to a senior ranking clergy man, would have broken into the coffin looking for valuable artefacts.

Another interesting feature of the find was that of a three year old’s child skeleton. The child would be too young to be a servant, which means he or she would have held some kind of status in order to buried so close to the church. The remains are too badly damaged to determine the exact sex of the child. But the find has raised some questions amongst archaeologists who are unsure who the child is and their link to the senior clergy.

This recent find brings the total number of skeletons found in the Abbey to 3,350. It is expected that this figure will increase as more building work is completed.

What sort of work is being completed on the Abbey?

Workers are constructing a new tower, at a cost of £19 million, allowing the public access to the rarely visited attic gallery. The gallery is home to an eclectic mix of art and architecture. According to former Poet Laureate, Sir John Betjeman, the attic also boasts the “finest view in Europe”.

This is the first time in three hundred years that workers have been given planning permission to build a new tower on the existing Abbey. The new tower, expected to open in 2018, will allow visitors access to the loft area via a state of the art lift or new staircase.