Home » Blog » The Latest Trends in the Drain Cleaning Industry

Using the Latest Tech to Solve and Prevent Drain Blockages

What technology is used to keeping the waste flowing smoothly in the hidden network beneath your feet?

With every passing year, population and economic growth are putting increasing pressure and demand on our water resources. Nowhere is this more evident than in the world’s major cities.

The problem of waste water and how to deal with it safely and efficiently is particularly noticeable in the world’s capitals, particularly those with less than predictable rainfall, a high population density and a drainage network that was designed in another era. London is a perfect example here, and homes and businesses commonly need the services of drain cleaning contractors to deal with blockages in drains, sewers and underground pipelines that are stretched to capacity.

The consequences of a blockage

When storm drains become blocked with leaves, gravel and debris, it can cause flooding, inconvenience and even property damage in the event of sudden and sustained rainfall. This is serious in itself, as events in the Midlands last year demonstrated, but when sewage pipes become blocked, inconvenience can swiftly escalate into a health hazard.

Sewage needs to flow freely through the network to reach the processing plants where it goes through a complex process of cleaning, filtering and dewatering to ultimately be used for a variety of purposes. A blockage can lead to the kind of scenes witnessed in Cannock over the new year, when the town was brought to a standstill by what one resident colourfully described as a “river of poo” flowing past the supermarket.

You have probably seen contractors out clearing blocked drains with rods. It is a method that has been in use for as long as drains have existed, and the faithful set of rods is still the go-to tool for every drain cleaning engineer. These days, however, it is only one of an arsenal of weapons he or she has available in the fight against blockages.

Drain jetting is a particularly effective method that is becoming increasingly common. Here, the blockage is attacked by a jet of water delivered at high pressure. This is usually enough to break through whatever is causing the blockage. It is more effective at completely removing it and returning the drain to full capacity than rodding, which can often leave residue that creates a “bottleneck” and the potential for another blockage to form.

Smart drains are the future

There’s an old saying that prevention is better than cure. Imagine if your drain contractor was able to turn up to clear a blockage when it is only beginning to form and before it has had a chance to make the drain or sewer back up and cause any inconvenience. This is the thinking behind smart drainage sensors that monitor drains in real time and automatically flag any abnormalities in flow rate that suggest a blockage.

Last year we discussed a pilot project in Australia where such a system is being trialled, and over recent months a number of similar products have been launched by developers in the UK. The smart drainage era could be closer than you think. 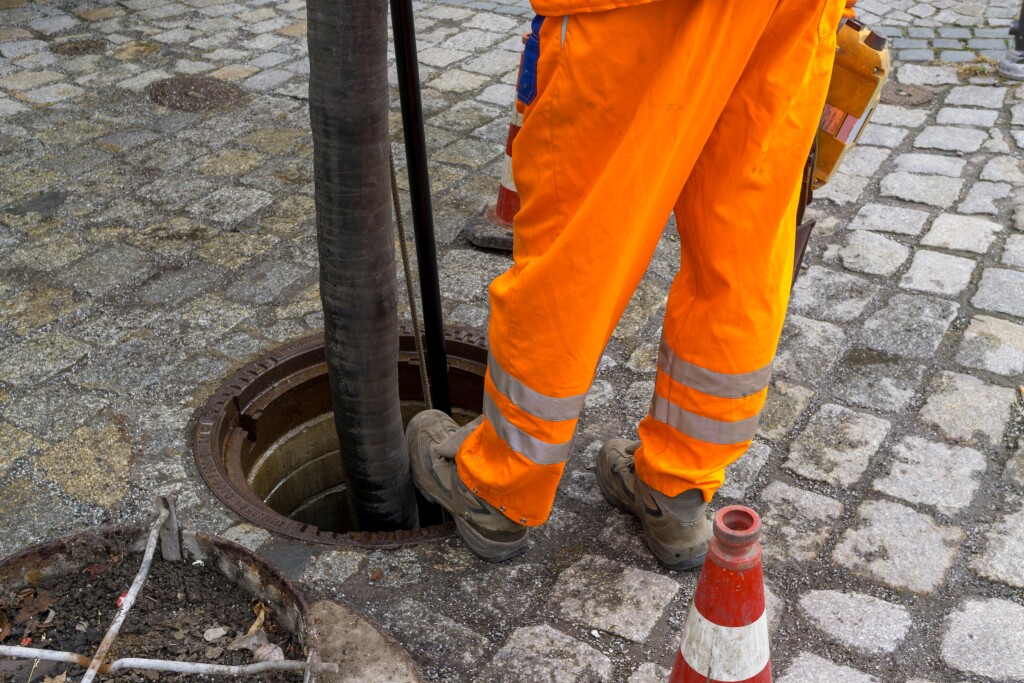