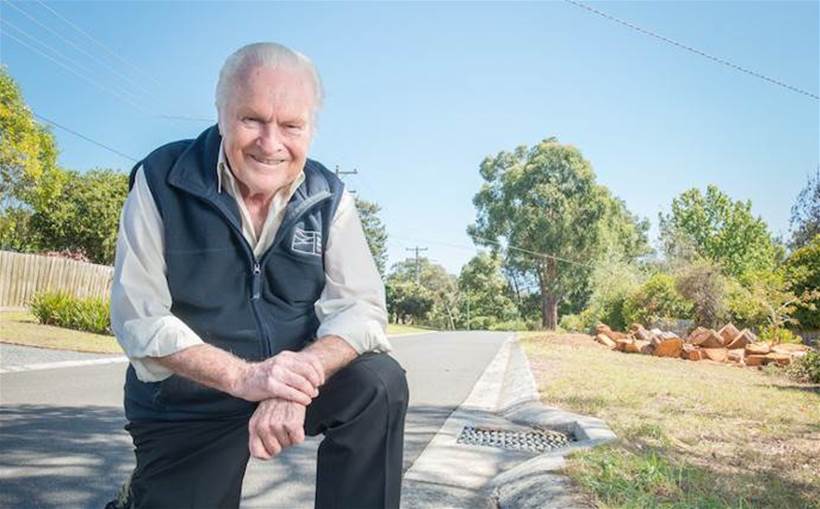 As London’s drains find it ever harder to cope, a high-tech solution could be on the way from the other side of the world.

Our capital is faced with a growing drainage infrastructure problem, with the network finding it increasingly difficult to meet escalating demand. It is easy to think of it as a peculiarly English problem. An historic city that is seeing exponential growth, and that has these subterranean drainage networks that go back to Victorian times.

Nevertheless, you might be surprised to hear that the latest innovation, and one that could make a real difference in London and elsewhere, comes from a country that is not famed for its wet and miserable weather.

The thing about the state of Victoria in Australia is that when it rains, it really rains. In late November and early December of last year, homes in Melbourne and throughout the state were subject to flooding, with more than 20 cm of rain falling. Those living close to the Yarra River find themselves at risk on two fronts, with the water cascading from the sky, and at the same time the river levels rising.

It is in this environment that a team of scientists and researchers have come together to produce an innovative solution that could help ease flood risks from blocked drains the world over.

The trouble with a blocked drain is that the problem can often exist for weeks or even months, but you don’t find out about it till the system is put under extreme pressure due to a sudden downpour. Clearly, in a country like Australia, where months can go by with little or no rainfall, this is particularly pertinent.

EYEfi Pty is a Melbourne based IoT and software company that has teamed up with electronics giant Fujitsu and construction company Downer to develop a new system that monitors storm drains in real time, flagging up blockages and allowing them to be cleared before they can lead to flooding.

The system is being trialled in Yarra Ranges, an area of Victoria in which around 5,000 properties are at regular risk of flooding during times of high rainfall. Local mayor Len Cox said that if the system proves effective, it will be rolled out more widely throughout the area.

Typically, drains are monitored and inspected annually, and plenty can happen over the course of 12 months. The EYEfi system sends data to a central collection point every 15 minutes, reporting on any abnormalities in flow rate that are indicative of a blockage.

If the trial proves successful, this is a system that could bring huge advances in preventing flooding in cities throughout the world. And London will be no exception.