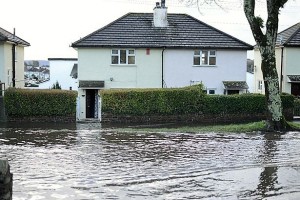 Misery for residents as blocked drains cause widespread flooding

Residents across the UK are calling on local councils to take action after blocked drains cause widespread flooding. Drain contractors across the nation have seen a recent surge in business as blocked drains cause havoc throughout the UK. From York to Burton, Stoke to Scotland, hundreds of residents are experiencing the misery of flooding as poor drainage systems prove unable to cope with the infamous British weather. In Plymouth alone, there were over 200 reports of flooding due to blocked drains over the festive period, and in Burton over 1000 streets are thought to be affected by poorly-maintained drains, and Councillor Syed Hussain has been working hard to help tackle the problem.

Left untreated, blocked drains can have unpleasant and costly consequences for residents, businesses and the general public. During heavy rainfall, blocked drains can lead to widespread flooding, causing water damage, travel disruptions, and unpleasant smells from the back-up of sewage and waste-water. The recent cold weather we’ve been experiencing poses an additional hazard, freezing surface water into dangerous sheet ice. Given the scope of this problem and the potential financial, emotional and physical costs of drain blockages, it’s unsurprising that residents and businesses across the UK are calling on local councils to take action.

Blocked drains can be caused by a number of different factors. Severe weather, such as heavy rain combined with strong winds, is often a key culprit, sweeping fallen leaves, mud and other debris into drains and gutters and causing blockages. This is a particular problem in areas where drains are not regularly cleaned and maintained. However, blocked drains can also be caused or exacerbated by our own actions. For example, far too many of us