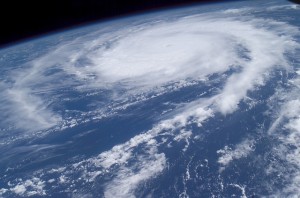 The Met Office has recently brought in a naming strategy for storms in order to raise public awareness about extreme weather events.

You can’t fail to have noticed the atrocious weather that has dominated the headlines over the Christmas period. Communities in Yorkshire, Lancashire, Cumbria, Northumberland and parts of Scotland have been significantly affected by rainfall which has reached up to 300% of the average precipitation levels for the time of year. Whole towns were closed off for days as the roads running through them no longer existed and resembled rivers with bobbing cars rather than high streets. This also sadly meant that thousands of homes and businesses were damaged by floodwater entering the ground floors of their properties, causing dangerous damage to electrical systems and ruining personal possessions in the process.

Where does the blame lie for this flooding crisis? The north of England and Scotland had seen bad weather for several weeks in the build-up to this disaster which saw Storm Frank officially announced by the Met Office on the 28th December, 2015.

The record-breaking amount of rainfall has been attributed to a series of Atlantic depressions that have been caused by the El Niño. This is a continued warming of the eastern equatorial Pacific Ocean which has caused abnormally warm waters occurring between the South American coast and the International Date Line. This increase in temperature has had a knock-on effect on the rest of the world’s weather.

The Met Office, along with Ireland’s Met Éireann have taken the step of naming these Atlantic Depressions as Storms, starting in alphabetical order and alternating between male and female names. The weather events to be named must be a forecasted storm that is classified as being strong enough to warrant a yellow, amber or red warning and is predicted to cause medium or high impact.

Since September 2015, we have seen Storms Abigail, Barney, Clodagh, Desmond, Eva and Frank. This is a similar approach that is used by the US to name their hurricanes and tropical storms. Previously, UK storms were given unofficial names by the press. As there was no uniform approach to the naming of storms, different publications called the storms by separate titles, which caused confusion for members of the public.

However, Atlantic depressions are not actual hurricanes. Some of them are remnants of hurricanes, but they are much smaller in size and energy. So why is the Met Office naming our weather events at all?

The Met Office decided in September 2015 to give names to storms in order to ‘raise awareness of extreme weather before it strikes’. The aim of such a motion is to attempt to keep peoples ‘property and businesses safe’.

This should allow those who live in an area that is predicted to be affected to stock up on sandbags, move personal belongings to a higher floor and take precautions to stay safe and out of harm’s way. It should also encourage the Government to make funds available for much-needed repair work to flood defences and to deploy emergency teams to those who desperately require them.

If one thing is for certain, it is that there will be another storm at some point; the next one will be a female name beginning with G. The Met Office welcomes names suggested to them by email and social media and then picks a name from these requests. So who is next? Apparently it’s Gertrude. Time will only tell when she is due to arrive, but hopefully residents in the north of England and Scotland can be given a break whilst they repair the damage to their homes and communities.