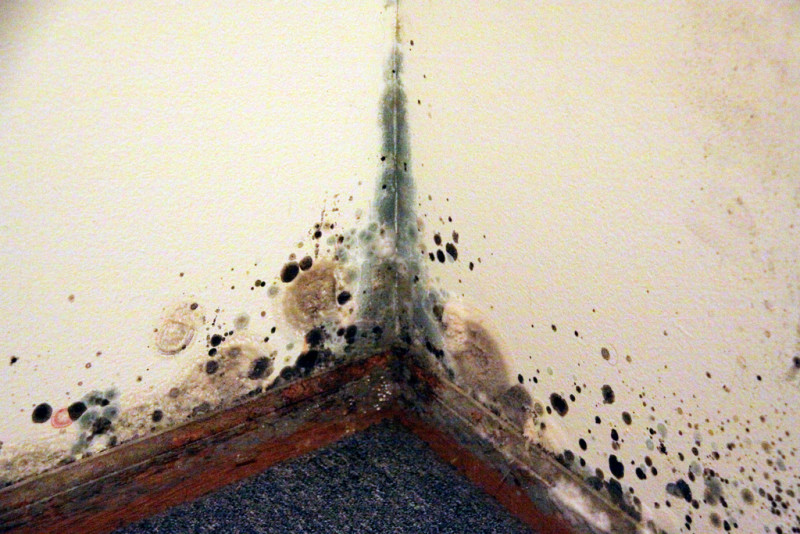 A recent survey of 1,000 tenants found the majority, some 85%, had experienced damp or drainage problems during their tenancy, with nearly 30% saying they’d received no help from their landlord. Tenants in London are more likely to experience drainage problems than those in other regions; 90% of those renting property in the capital said they’d contacted their landlords with plumbing concerns.

The problems reported ranged from damp stains on walls and near windows, unpleasant odours from drains, leaking pipes and blocked drains. Damp problems were the most commonly reported issues.

There are various types of damp, one of which can sometimes be the fault of the occupier of the property whether the tenant or an owner occupier.

Rising damp – when moisture rises from the ground and moves through the property’s masonry to a height of usually around one metre.

Therefore, if a tenant living in a flat above the ground floor is experiencing damp it’s unlikely to be rising damp. The landlord is responsible as it’s their job to ensure the structure of the property is in good repair.

Penetrating damp – when water gets into the fabric of the property from outside to in, such as through a leaking outside down pipe, guttering, roof, a cracked wall or through rotten windows and doors.

Again, the landlord is responsible as penetrating damp falls within their obligation to maintain the basic structure of the property.

Construction damp – an inherent damp problem caused by the way the property was constructed originally.

If the dampness isn’t causing any structural deterioration, then the landlord may not be responsible for repair. If, however, damage is caused to say the wall or ceiling plaster then the landlord would be expected to repair it.

Condensation – caused when a property is unable to deal with everyday levels of water vapour. The reasons can range from lack of insulation, ventilation, heating or a combination of all three.

Condensation can be the responsibility of your landlord in certain circumstances. For example, if the heating isn’t working and condensation results, or there isn’t enough ventilation because the windows won’t open.

On the other hand, the tenant could be culpable if, say, they use gas bottle heaters without ventilating the room or dry excessive amounts of washing indoors with no ventilation and condensation results. It’s important for the tenant to ensure they’re not using their home in such a way as to encourage condensation before reporting it to their landlord.

Drainage problems may or may not be down to the landlord. Although it may impact the property, the fault may lie further away in which case the local water authority would be expected to deal with it.

Drains do eventually require some attention, and there is a constant need for drain maintenance in London, with many of our engineers kept busy tending to the capital’s drains to clear severe blockages.

London’s drains are under ever-increasing strain as the basic infrastructure is stretched to meet increasing demands from a growing city.

While complaining to the landlord is an obvious action to take, it’s important for the tenant to ensure they have a legitimate grievance. As discussed earlier, it’s not as simple as blaming any dampness in the property on the landlord – it may be fully or partly the tenant’s fault in the cases of some types of condensation.

Regarding drainage, a problem should be reported in the first instance to the landlord; if it’s something like a blocked sink then it would be their concern. As with ensuring against causing types of condensation, the tenant should be careful they’re not contributing to drainage problems such as with careless disposal of items down the plughole, for example.

Photo by Thomas Anderson – Mould in a UK home.