London Drainage Facilities (LDF) has increased its ever-expanding fleet of service vehicles. The brand new VW Crafter, one of the largest service vehicles to be added to the company’s fleet has already been thrown into action to help deal with your drainage problems. The recent acquisition follows continued growth for the company in 2013, with another 2 service vehicles planning to be put into action before year end. 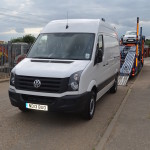 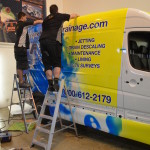 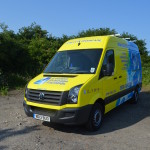 The new service vehicle enhances LDFs existing fleet, which include a range of sizes and capabilities to be able to deal with small one-off domestic jobs to large commercial enquiries.

The VW Crafter has been finished to the same high standard as the rest of its fleet, housing state-of-the-art equipment on-board including High Pressure Water Jetting and CCTV Survey units which further enhances the company’s capabilities.

For the first time ever, all the vehicles in the front line will be under five years old.

Danny Fuller, Managing Director of LDF, said: “Our aim is to replace ageing vehicles and, in addition, to meet current demand and support our work on increasing our drainage works capacity and coverage. By adding this vehicle to our already substantial fleet of drainage vehicles, we’ve enhanced our capability to support customers throughout London and the South-East.”

Earlier in the year, LDF added another service vehicle to its fleet to support smaller drainage projects.

The total fleet now consists of 14 service vehicles, enabling LDF to cover all types of drainage problems throughout London and the South-East.