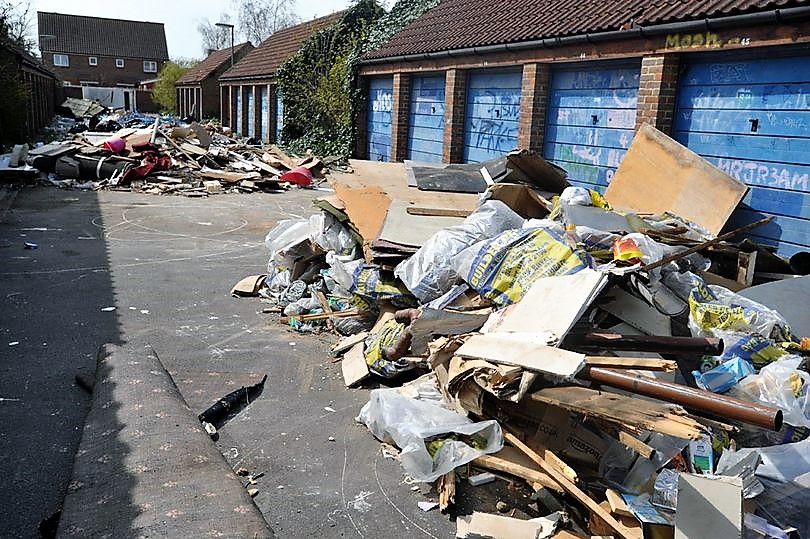 Floods that caused chaos outside a school in Chertsey were caused by rubble dumped into public drains. It is a growing problem across London.

A major road running through Chertsey in South West London was closed in both directions due to severe flooding in December. And while authorities initially assumed a burst water main was the culprit, it has now emerged that this is yet another example of irresponsible fly tipping causing blocked drains and misery for residents and commuters.

This is not the first time that the capital’s drainage, which is already close to capacity, has been victim to this kind of problem. Tackling blocked drains is an ongoing task due to the natural build up of leaves and other debris, but when rubbish is intentionally added, it makes a difficult situation worse.

Residents woke on the morning of 12 December to see that the A320 Bell Bridge Road in Chertsey had turned into a lake overnight. Initial reports in the local press suggested that a water main had burst, and Thames Water were swiftly on the scene to investigate.

The incident occurred close to Sir William Perkins School for Girls, and the closure of the road, which is the main link between Chertsey and Junction 11 of the M25, caused major disruption and delays for thousands of students, commuters and local residents.

To make matters worse, the sub zero overnight temperatures then led to the water freezing. One commuter, whose journey typically takes around 30 minutes, was delayed by more than two hours. She said: “At the junction of Lyne Lane and Hardwick Lane, cars were all trying to turn around on the icy road, causing further havoc.” Unfortunately, even those who succeeded in turning around found themselves with nowhere to go, as the entire area became gridlocked into the morning rush hour.

On investigating the problem, Thames Water discovered that the water main was undamaged, but that the drains were completely blocked by what appeared to be discarded building materials. A spokesman told the local press: “The drains were blocked by rubble, pieces of timber and other rubbish which we assume was fly-tipped. They’ve been removed and the water has now drained away from the road.”

Any suggestion that the rubbish had simply accumulated over time was quickly dispelled, when the spokesman went on to say that these drains had undergone scheduled cleaning a few months earlier.

Thames Water is continuing to investigate the incident, in an attempt to identify the culprits and bring them to justice.

This is certainly not the first incident of its kind, and it will not be the last. Last year, cowboy builders caused thousands of pounds worth of damage and weeks of inconvenience to local residents by pouring concrete into a sewer.

London’s drainage infrastructure is already struggling to keep up with the growing demands of the 21st century, and selfish, antisocial acts like these only serve to make a bad problem worse.