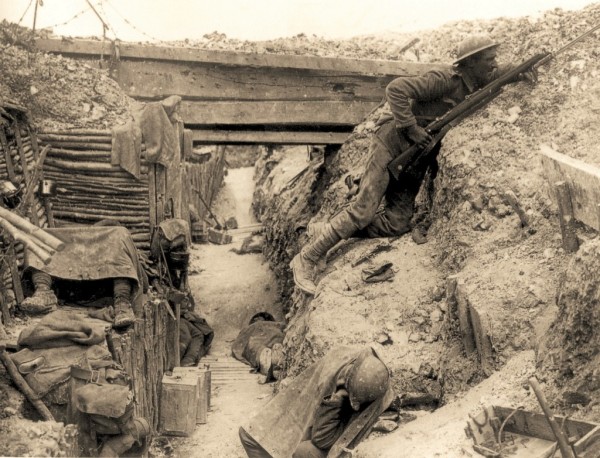 While soldiers fought above ground, some intrepid sewer workers were helping them to win the war beneath it.

Our country’s history is incredibly interesting. It’s a land that’s been involved in monumental change and incredible events over the years – both at home and abroad. What makes the story of the British people so special though, are those pieces of history that aren’t taught in school. You probably think that you know everything about the Great War – but there’s a story that you probably haven’t heard before. What’s it about? Well, the time that the sewer workers of Britain helped to win the war.

A Hundred Years Since The Somme

The Battle of the Somme is one of the bloodiest conflicts in military history, with a death toll that’s still shocking a hundred years on. As we observed the centenary of the first day of the battle last month, we naturally turned our thoughts towards the unsung heroes of the war effort – the ones who did their bit but whose names aren’t etched into public awareness. There’s no better example of that than The Manchester Moles, who weren’t trained soldiers. Instead, they made a living working a little further underground.

A Different Kind Of Fighter

While the stalemate continued above ground, there was a different battle moving at a frenetic pace below it. With an average height of around 5’4” and with many of them aged over 40, the men raging this subterranean war weren’t as young and imposing as the soldiers fighting the Germans. Their slight builds and wealth of experience though, meant that they were able to build some of the most complex tunnelling systems ever.

Both British and German men were building tunnels underground so that they could blow up the enemy from beneath. The conditions they tunnelled away in were appalling even by the standards of battle. Dark, damp and unbelievably cramped, these tunnels were not for the faint-hearted. Men would listen for any sound of the approaching enemy – they could be anything from many feet to mere inches away. A cough or a sneeze could give them away, so these men had to work in near silence and hope that they enemy would reveal their whereabouts first.

Bravery In The Face Of Death

Once they had a sense that the enemy was close, they’d detonate explosives to stop them in their tracks. Decisions would have to be made quickly, as the enemy would be preparing to do exactly the same. Men could be blown apart, crushed, drowned or gassed – so you wouldn’t want to be in the tunnels for long. The Moles made incredible progress though. Small teams working in shifts managed to tunnel around 26ft per day, far more than the 7ft the Germans could manage. This was thanks to the men’s experience back underground in Manchester. They would use their legs to dig, a much quieter and more efficient way of gaining ground.

The Moment Of Glory

Tunnellers didn’t usually last very long– the working conditions too great a strain on both body and mind. The tunnelling operation in the Somme wasn’t a great success either. Rather than it all being in vain though, lessons were learned. In 1917, tunnelling was used again – and this time it was a resounding success. Huge mines were exploded beneath Messines Ridge in Belgian Flanders, and it shattered German morale and wiped out 10,000 soldiers. British troops moved in and captured the enemy positions within hours.

Let’s Take Some Time To Remember Them

12 of the 18 Manchester Moles made it home. They may not have fought in a traditional way above ground, but their progress at the Somme and the successful assault at Messines Ridge helped us to eventual victory. It just goes to show that heroes can be found in really unlikely places – even building sewers!