Drain Experts Rescue Pet Hamster With Mini Ladder! - A family in Manchester feared the worst when their pet hamster disappeared. But experts and family members came up with an ingenious plan to save the day.

A family in Manchester feared the worst when their pet hamster disappeared. But experts and family members came up with an ingenious plan to save the day.

Every pet owner knows the heartache and worry that can be caused when a cherished family pet disappears, and every householder knows the trouble and expense that can be caused by blocked drains.  However, one family in Manchester found itself in a situation that could be straight out of a Pixar animation film as the two situations bizarrely collided and their beloved hamster, Fang, had the adventure of a lifetime. 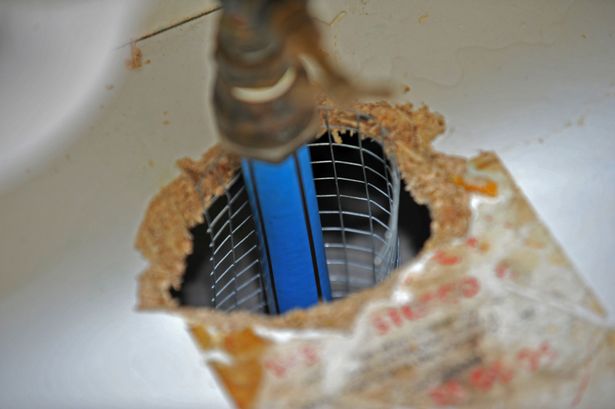 Six-year-old Zac Sykes had left Fang running round the house in his exercise ball, while he sat watching television with his father, Andy. It seems that Fang’s enthusiasm was too much for the plastic ball. Before Zac or Andy knew it, one of the sides had broken away, and Fang was off and running.

Andy commented: “I could see him pottering about in his exercise ball. But when I looked again, I realised he was in the corner of the kitchen.” Father and son rushed to grab the fugitive rodent, but Fang was just too fast, slipping out of Andy’s grasp and diving for cover behind the kitchen cupboards.

The search for Fang

Andy called in further assistance from his father-in-law to dismantle the cupboards and pull out the washing machine, but Fang was nowhere to be found. While the rescue team were busy with their power tools, he had crept through a gap in the skirting board and found his way under the house, using a hole adjacent to the fresh water supply.

At this point, the search went cold, and the family began to lose hope. However, the following day, Andy noticed tooth marks in the insulation surrounding the water pipe, and realised where Fang must have gone.

When Andy made tapping noises on the pipe and used his phone to shine a light down the hole, he was overjoyed to see Fang scurrying around at the bottom. But he was no closer to rescuing his pet from a very tight spot.

Zac tipped some of Fang’s favourite food down the hole to make sure he would not starve, while his father called on some expert help to improvise a rescue mission. First, he tried to craft a ladder from the top of Fang’s cage, but that did not work. Then he tried tying some old tea towels together to make a miniature rope, but this was beyond Fang’s athletic skills.

At this point, Andy called in a local emergency drainage company. They used specialist CCTV survey equipment to get a good view of Fang and his predicament, and it became clear that he was more than a metre below ground.

Finally, it was Andy’s own ingenuity that saved the day. In a last ditch effort, he used chicken wire to make a tiny ladder. Fang immediately climbed up, to be greeted by his waiting family.

Zac was so relieved that he was jumping up and down, and even Andy got caught up in the emotion of the moment. He said: “I grabbed Fang and actually told him he was beautiful.”